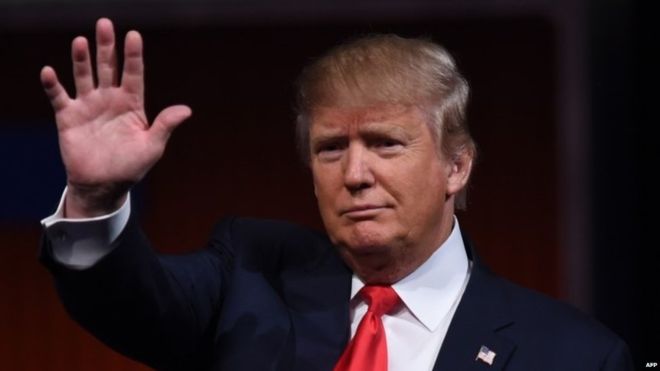 Yeah, you heard me: Donald. Trump. Is. Awesome.

Before you unfriend or unfollow me, hear me out.

Donald Trump, insofar as his participation in this election goes, is awesome. His fame and fiery rhetoric has been a godsend for Social Studies and History teachers teaching students about civics and government. Thanks to the attention Trump is generating, students are fired up and incredibly interested in the 2016 Presidential contest.

To leverage this interest, I created a pool. Don’t fret – no money changed hands. This was not an exercise in gambling. It was just a way for me to get the students to understand the primary process and get more engaged in civic life.

First, I lead the students through an exploration of the overall presidential election process. We looked at the two main parties, focusing on their history and their differences. Students were particularly curious about the elephant and donkey icons. If you plan to do this, make sure you touch on them!

Next I walked the students through the process of becoming President. Students were fascinated by the “natural born citizen” rule and how it might impact the candidacy of Canadian-born Ted Cruz. We moved on to the debate round – which was a treat because the large number of Republican Party candidates really was a logistical headache for a debate.

Then, we explored the primary process. We looked at the schedules, the dates and the voting process. Students were very curious about Iowa – why is everyone talking about this one small state? Why is it first? Students also had lots of questions about Super Tuesday?

We wrapped up with a look at the conventions and the events running up to the November vote.

On Monday, February 1st, I made pool sheets available to the students. I was shocked by the number and make-up of those who participated. The Trump effect piqued a great deal of interest among students who don’t always get excited in my class.

The scene around my desk was electrifying as students studied the candidates on my list, discussed gossip they heard, and threw out their own ideas and predictions.

The next day was even better.

Trump’s second-place finish was all the rage among my 8th graders. Was the Donald done? Could he recover in New Hampshire (my students were talking about New Hampshire!)? One student even looked up the history of candidates winning in Iowa and the impact on subsequent primaries. Other students focused on how the Iowa results meant the end for some candidates.

I teach this stuff every year and often it is a struggle to get kids interested. Sure, there are always those political junkies out there who love the game. But, for most students, it is kind of dry. But the double whammy of Trump and being an election year has really been a boon for me. Trump’s fame/infamy has intrigued many students and opened discussions to all kinds of issues and about the election process in general.

Democracy is alive and well!

One thought on “Thanks Trump!”

Leave a Reply to Drinking the Whole Bottle Cancel reply

Teaching Without a Quill

Helping you embrace your inner tech